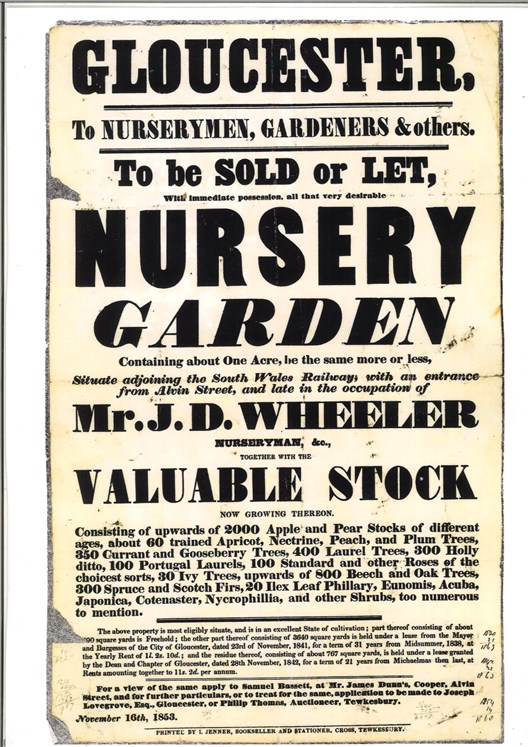 The Gloucestershire Heritage Hub site used to be Kingsholm Council School. The main building was erected in the 1920s and before that was a nursery and iron works. The nursery was called Gloucester Nursery or Wheelers Nursery, and the image of the sale of the Wheelers site is from a bundle of legal documents relating to garden ground near Worcester Street (Alvin Street) belonging to St Margaret’s Hospital (on London Road).

Wheeler’s Nursery even has its own russet apple called the Wheelers Russet, which is thought to have been developed in 1817 at this very site. The nursery also supplied fruit trees to Osborne House, Queen Victoria’s house on the Isle of Wight.

Page updated: 26/02/2021 Page updated by: Ally McConnell
Did you find what you were looking for?